Escorted or Guided Tour Turkey From $1,199.00 USD per person
By visiting Turkey, the Book of Acts comes alive. St. Paul crossed these lands and sailed the shores at least 3 times. The people are friendly, the food is fantastic. You will come away with a better understanding of Eastern culture.
Follow the footsteps of Paul across Asia Minor or modern-day Turkey. Visit the places where St. Paul first spread the Gospel. Turkey is of great value right now. There has never been a better time to go to Turkey.
Tarsus, Cappadocia, Lystra, Iconium, Pisidian Antioch, Laodicea, Colossae, Hierapolis, Philadelphia, Sardis, Smyrna, Miletus, Didyma, Kusadasi, Ephesus, Thyatira, Troy, Alexandra Troas, Assos, Nicaea. 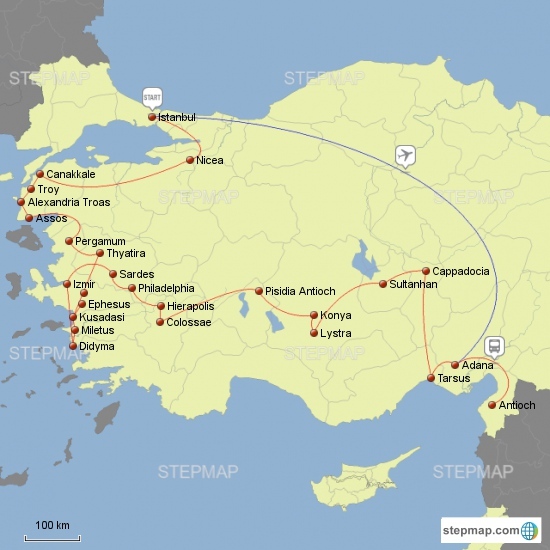 Day 1: ISTANBUL
Welcome to Turkey. Arrive in Istanbul, met by your guide and transferred to your hotel. Meet at the lobby for welcome and info cocktail. Overnight in Istanbul.
Day 2: ISTANBUL (Breakfast)
Our journey begins in Istanbul, the only city in the world situated on two continents. Byzantium, Constantinople, Istanbul - its three names span more than 2600 years, nearly 1600 of them as the capital of two of the greatest empires the world has known, Byzantine and Ottoman. We visit the Topkapi Palace including treasury section, St. Sophia, The Blue Mosque and Hippodrome, where chariot races and the Byzantine riots took place and free time in Grand bazaar with its 3.500 shops. Overnight in Istanbul. 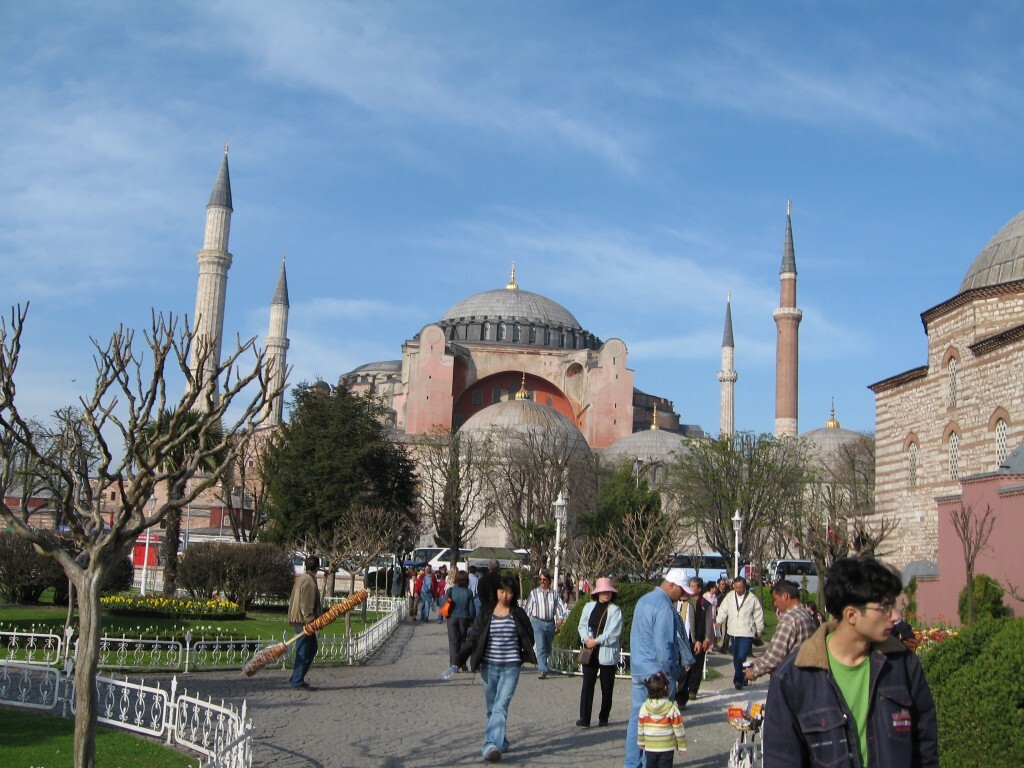 Day 3: ISTANBUL – HATAY BY FLIGHT - ANTIOCH – ADANA (Breakfast, Dinner)
Early morning flight to Hatay (Antioch) arrival and drive to Antioch on the Orontes that believers were first called “Christians” (Acts 11:26). Visit the cave where they met in secret. Paul and Silas departed from here on the second missionary journey (Acts 15:35-36). Discover the impact of leaders such as Ignatius of Antioch and John Chrysostom. In Acts 2:9, pilgrims from Cappadocia were assembled with the thousands in Jerusalem on the Day of Pentecost when they received the initial baptism of the Holy Spirit and heard the Apostle Peter preach his powerful message. Drive to Adana for overnight.
Day 4: TARSUS – CAPPADOCIA (Breakfast, Dinner)
Enjoy breakfast at the hotel, We will drive to Tarsus the birthplace of the Apostle Paul. Arrival to Tarsus and visit the Apostle Paul’s well, the Gate of Cleopatra, and the latest excavations. We will travel to Cappadocia scenic Ihlara Valley, where early Christians carved some 3,500 cave churches from the tufa rock. The beauty and quaintness of these chapels, with numerous wall paintings and Christian symbols, is astonishing. Persecuted Christians – tens of thousands of them – escaping into the earth to flee Arab invaders in the tenth century, tunnelled out more than twenty underground cities of refuge here in Cappadocia. Such cities, with carved rooms for kitchens, sleeping quarters, stables, and chapels for worship, descend five to ten stories into the earth. At Kaymakli, one of the best-preserved of these cities, you will enjoy your own guided tour into this amazing region. Overnight in a Cappadocia. 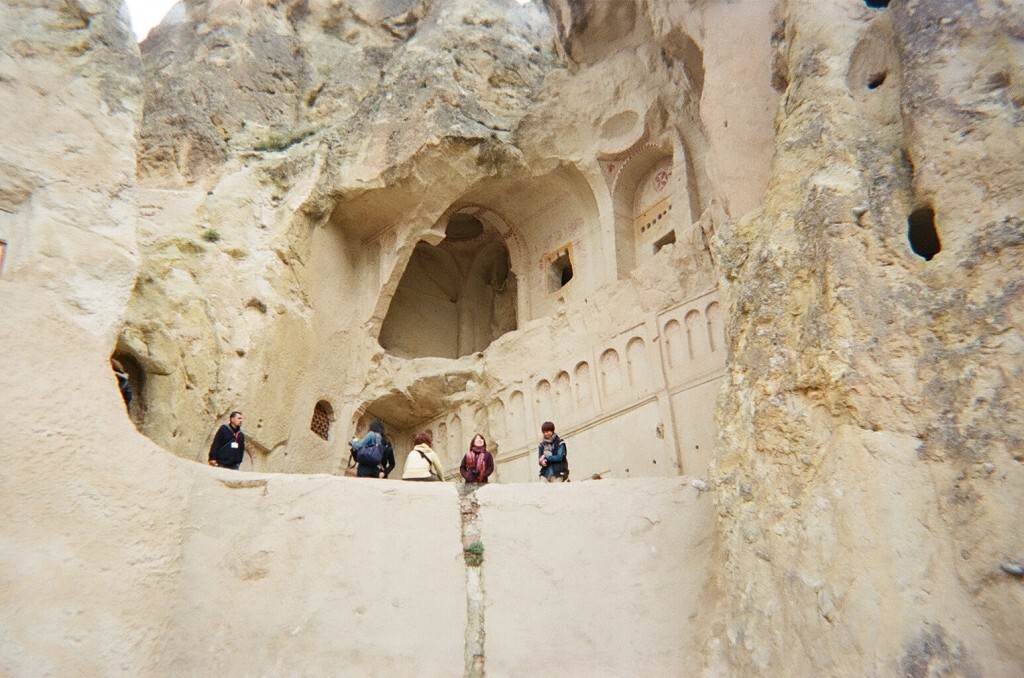 Day 5: CAPPADOCIA (Breakfast, Dinner)
Cappadocia, with its center in Caesarea (Kayseri), was once the heart of the Hittite Kingdom of the Old Testament. This vast area is one of the most photogenic landscapes in the world. Extraordinary rock formations have become symbolic of this region, where you will enjoy the Valley of the Fairy Chimneys and Goreme’s breathtaking Open Air Museum. Watch the potters at their craft, in the famous pottery-producing town of Avanos. Finally, savour the natural wonders of the Citadel of Uchisar and Zelve Valley. Overnight in a Cappadocia.
Day 6: SULTANHANI – LYSTRA - ICONUM (Breakfast, Dinner)
Drive to the Sultanhani Caravansary for a fascinating look at one of the rest stops for ancient camel caravans. Along the trade routes, such caravansaries appeared at intervals of some twenty-five miles, the average distance that camels could travel in a day. Continue on to Lystra, where a mob stoned Paul during his first journey (Acts 14:6-19), and where Timothy joined him during the second journey (Acts 16:1-3). Depart for Iconium, where Paul preached and encouraged believers during his first missionary journey (Acts 14:1-6). Iconium was once the home of the sect of mystical Muslims called Whirling Dervishes. Overnight in a Konya.
Day 7: PISIDIAN ANTIOCH – COLOSSEA - PAMUKKALE (Breakfast, Dinner)
Drive to Antioch of Pisidia, where nearly the whole city came to hear Paul preach during his first missionary journey (Acts 13:14-52). The marvellous excavations include the ancient church and the great first-century Temple of Augustus. Today, you will travel the Royal Road that once connected Ephesus with distant Babylon. Visit the unexcavated site of ancient Colossae by the village of Honza. The Apostle Paul wrote one of his prison epistles to the church at Colossae, a city situated on the Lycus River. At Hierapolis (Pamukkale), enjoy the “Cotton Castles” of brilliant white calcium rock formations and hot-water travertine's, where hot mineral waters emerge from the earth and cascade over cliffs. As the water-cools, the calcium precipitates and clings to the cliffs, forming snowy white travertine's (waterfalls of white stone), which give credence to the name Pamukkale, meaning “cotton castle”. This enchanting place is one of the natural wonders of Asia Minor. The churches here in Hierapolis, Colossae, and Laodicea once flourished under the ministry of Epaphras (Colossians 4:12-13). Overnight stay in Pamukkale. 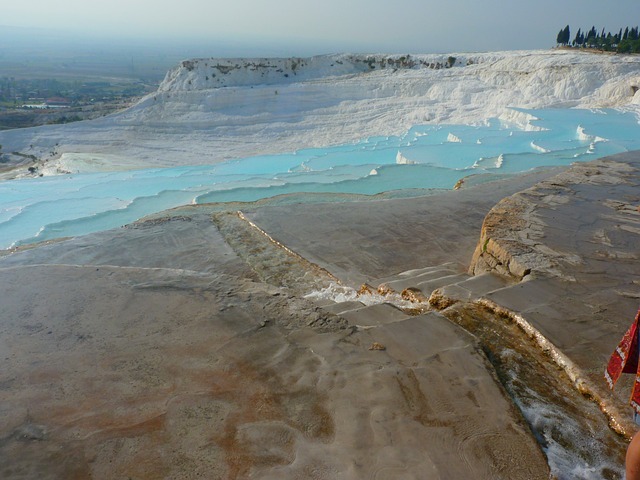 Day 8: HIERAPOLIS – PHILADELPHIA – SARDES - SMYRNA (Breakfast, Dinner)
Explore incredible excavations at Hierapolis, including a Byzantine church, the Great Theatre, the Temple of Apollo, and the Plutonium, which pagan cults once called “the entrance to hell.” Examine the intriguing sites of the Churches of Revelation. Laodicea (Rev. 3:14-22) will take you back to the first century. At Philadelphia (Rev. 3:7- 12), your Bible will come alive as you read it in light of firsthand study. This city was located along the important trade route that linked Pergamum in the north with Laodicea to the south. In A.D. 17, an earthquake devastated twelve Asian cities, including Philadelphia, and for a time the people lived in fear of aftershocks. Philadelphia was rebuilt with help from Emperor Tiberius. At Sardis (Rev. 3:1-5), your thoughts will turn to the Old Testament period following the 586 B.C. destruction of Jerusalem. That was the time when the phrase “rich as Croesus” originated. Croesus (560-546 B.C.) was the king of Lydia, and Sardis was his capital. Gold was discovered in the Pactolus River at Sardi's and it was here that coinage began, as we know it. Cyrus and the Persians defeated and captured Croesus for all his wealth and made Sardis the administrative center for the western part of their empire. The fabled Royal Road connected Sardis with the Persian cities to the east. Sardis was the hardest hit of the twelve cities destroyed in the earthquake of A.D. 17. Emperor Tiberius, according to the Annals of the historian Tacitus, gave much relief towards its rebuilding. Your visit to Sardis will include the imperial court and the ancient Jewish synagogue. You will rest in the shade of the Temple of Artemis while studying in the light of prophetic Scripture. Finally, Overnight stay in Izmir.
Day 9: MILETUS – DIDYMA - KUSADASI (Breakfast, Dinner)
Drive to Miletus, home of ancient philosopher Thales (640-546 B.C.), one of the fathers of Greek geometry, astronomy, and philosophy. It was here, in the first Christian century, that the Apostle Paul, on his third missionary journey, called for the Ephesians elders and preached a powerful message to them (Acts 20:15-38). It was also here that Paul left his friend Trophimus, who was too ill to continue (II Timothy 4:20). As a port at the mouth of the Meander River, Miletus was a natural outlet for Phrygian trade. Like the one at Ephesus, however, Miletus’s sea harbor eventually filled with silt, and commerce dwindled. The city's remote quietness makes it special to devout students of Scripture. Its ancient ruins include the marvellous 15,000-seat theatre. Nearby, at Didyma, visit the massive Temple to Apollo, one of the most impressive sites in Anatolia. Ordinary people did not reside in ancient Didyma. This was home only to a priestly family whose oracle came from Delphi and who lived in luxury, as they guarded their temple treasuries supplied by the people they deceived. Continue to Kusadasi for overnight. 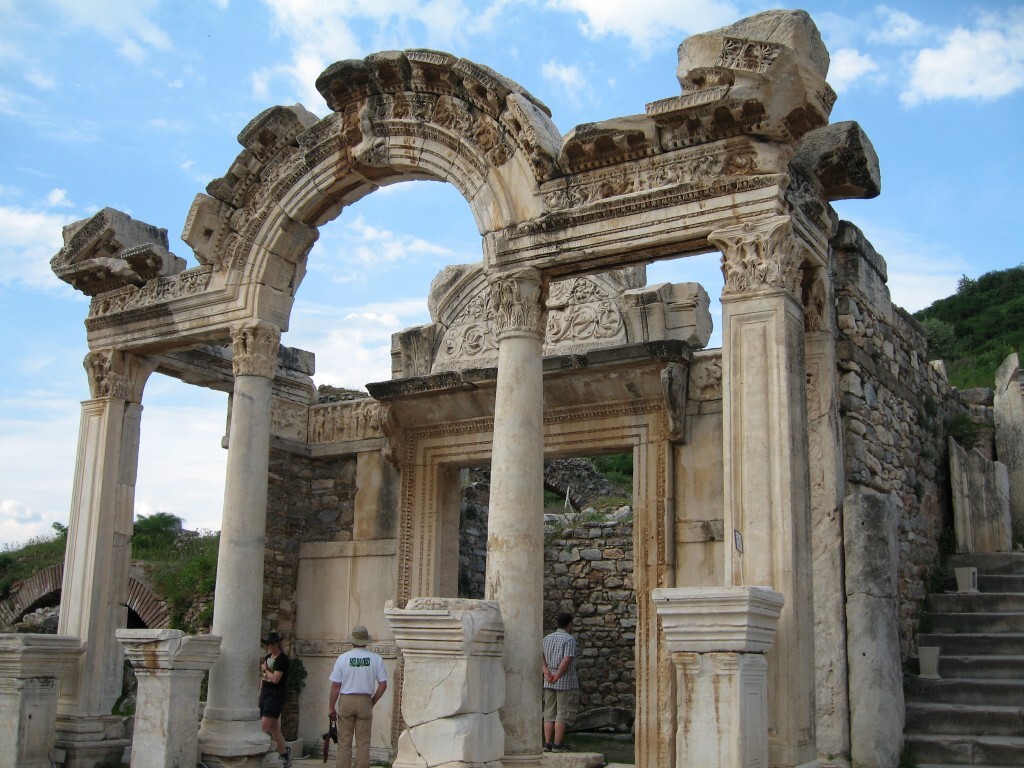 Day 10: EPHESUS (Breakfast, Dinner)
Ephesus (Rev. 2:1-7), a major port city on the Aegean, was the commercial, political, and religious center of all of Asia Minor. After a lunatic completely burned the Temple of Diana (Artemis) on the night that Alexander the Great was born in 356 B.C..., the Ephesians worked for 120 years to complete a magnificent reconstructed temple, one of the Seven Wonders of the ancient world. The city became part of the Roman Empire in the second century B.C. As a Roman capital of Asia Minor, Ephesus boasted a population approaching 250,000 people. The Apostle Paul's first visit to Ephesus was brief—during his second missionary tour (Acts 18:19-21). His second visit lasted about three years—during his third missionary tour (Acts 19:1 to 20:31). Luke’s account of the worship of Diana appears in Acts 19:34-35. The Great Theatre (stadium) mentioned in Acts 19:29-31 could seat 25,000 people. Walk the marble-paved street with grooves made by chariot wheels. See the Fountain of Trojan, the Library of Celsus and the Great Theatre. Visit the Chapel of the Virgin Mary (Double Church), where the Third Ancient Council convened. Enjoy St. John's Basilica (built
Day 11: THYATIRA - PERGAMON (Breakfast, Dinner)
Today, we will visit our final two of the Seven Churches of Revelation. At Thyatira (Rev. 2: 18-28), you will see the ruins of an ancient commercial center, located in the fertile valley where the trade route passed. One of the town's cloth and dye merchants was a woman named Lydia, who conducted business as far away as Philippi, where she became the first European convert to Christianity, during Paul's second missionary journey (Acts 16:11-15). A most memorable experience will be Pergamum, with its acropolis and Great Theatre, the steepest of the ancient world. Revelation 2:12-16 describes the city as “where Satan’s seat is,” a reference to the altar of Zeus, where we pause for reflection on the fulfillment of Scripture. Nearby, visit the Red Basilica; once a pagan temple, it later converted into a Christian church. Finally, walk thru the Pergamum Asklepion, the famous medical center of antiquity. Overnight in Pergamum. 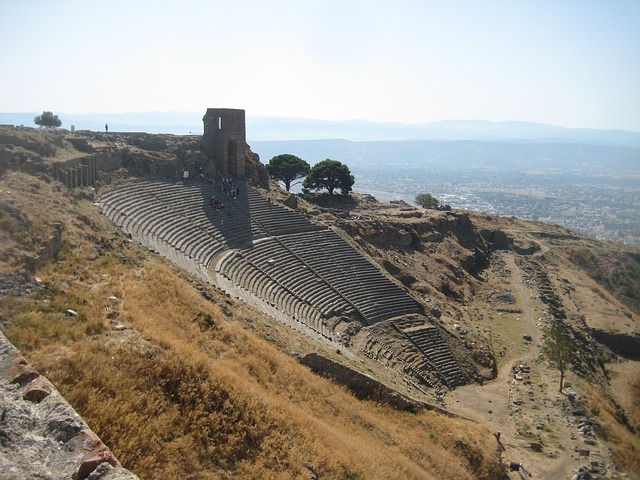 Day 12: TROY – ALEXANDRIA TROAS – ASSOS - CANAKKALE (Breakfast, Dinner)
Enjoy a fascinating visit to recent excavations of ancient Troy, made legendary by Homer’s story of Helen and the Trojans’ wooden horse. Then drive to Troas, founded about 300 B.C. by one of the generals of Alexandria the Great. During the Apostle Paul's second missionary journey, it was from Troas that he received the “Macedonian call” to Europe. This is where Luke's account changes from “they” to “we” (Acts 16:6-12), indicating that he joined Paul's team at Troas. Returning from Macedonia during his third journey, Paul was in Troas for a week, when the young man Eutychus fell from the third loft as Paul preached. Paul soon walked some thirty miles to Assos, where we will follow the apostle’s footsteps to the old city walls (Acts 20:5-14). You will walk the old marketplace of Assos and see the council chamber and Temple to Athena. Overnight in Canakkale.
Day 13: NICEA - ISTANBUL (Breakfast)
Drive to Nicaea through Bursa. At Nicaea, you will see remains of Constantine’s palace, now covered by the water at the shore of Lake Iznik. It was here in this palace chapel that the First Ancient Church Council convened in A.D. 325 to produce the Nicene Creed. Enjoy Nicaea’s St. Sophia Church, where the Seventh Church Council convened in 787. Continue to Istanbul. Overnight in Istanbul.
Day 14: HOME ( Breakfast)
Today drive to the Airport and return flight home, arriving the same day with fresh memories, souvenirs and a renewed interest in Turkey, the land of culture, faith and mystery. Note: For a private tour we can add Gala Turkish Night in both Istanbul, Cappadocia, Cave Hotel in Cappadocia, and one extra day to go to Patmos.
Terms, conditions and restrictions apply; pricing, availability, and other details subject to change and/ or apply to US or Canadian residents. Please confirm details and booking information with your travel advisor.