8 DAYS FROM ISTANBUL TO ISTANBUL 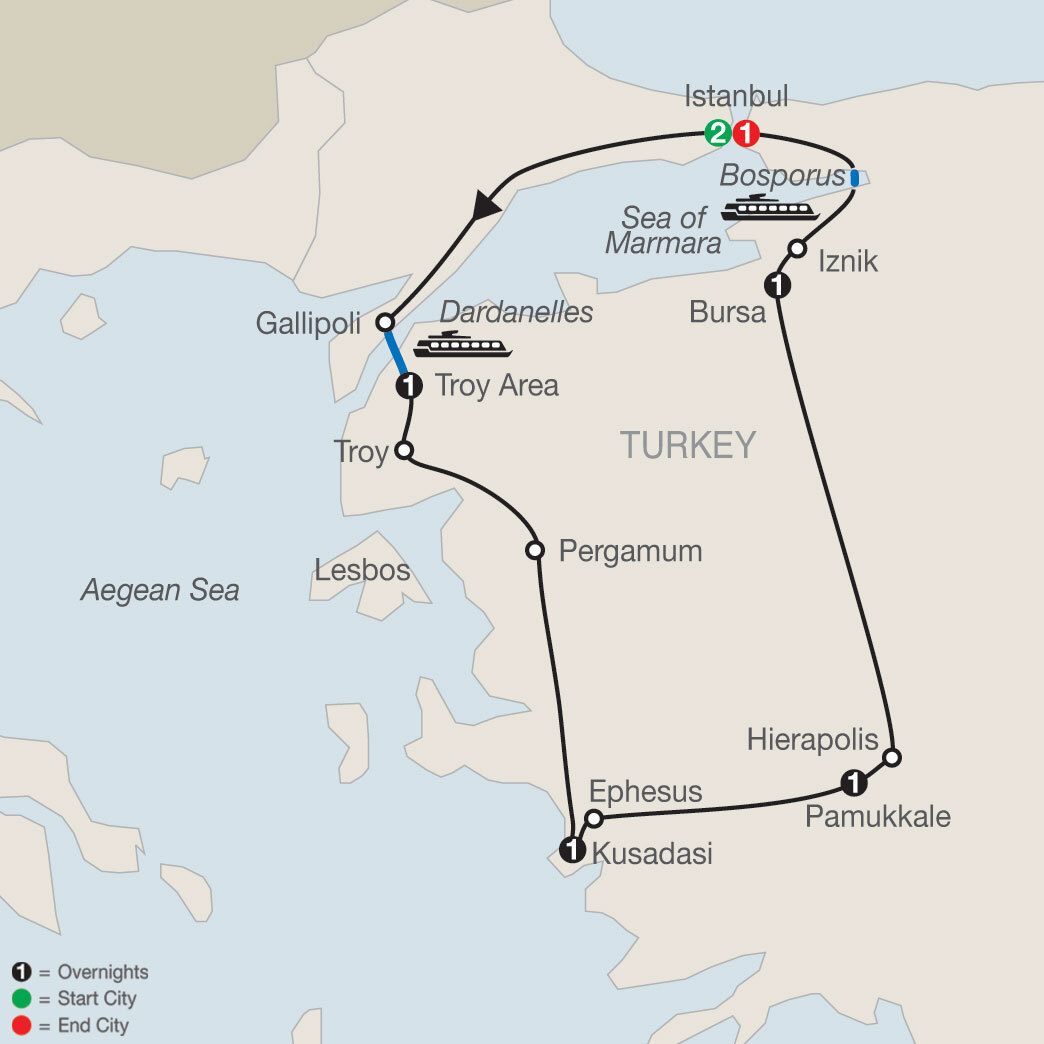 DAY 1 ARRIVE IN ISTANBUL, TURKEY
After arrival at Atatürk Airport, check into your hotel. At 6:30 pm, meet your Tour Director and traveling companions for a welcome dinner at your hotel.
Dinner 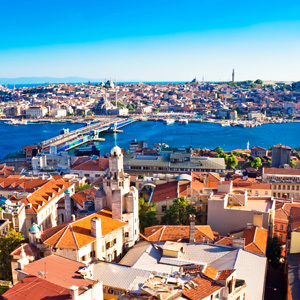 DAY 2 ISTANBUL
Founded by the Greeks as Byzantium more than 2,500 years ago, renamed Constantinople in 330 AD when Constantine the Great elected it the capital of the Roman Empire, and finally called Istanbul after the Ottoman conquest in the 15th century, the city on the Bosporus remains one of the most exciting places in the world. Its strategic location as a gateway between Orient and Occident, the Islamic and the Christian worlds, and the Black Sea and the Mediterranean predestined it for a turbulent history. Guided sightseeing starts at TOPKAPI PALACE, the residence of the Ottoman Sultans. Admire the rich and spectacular kaftans of the sultans that were worn during the Ottoman period. Then, tour the HAGIA SOPHIA, followed by the ROMAN HIPPODROME, and visit Sultan Ahmet’s BLUE MOSQUE.
Breakfast
DAY 3 ISTANBUL–GALLIPOLI–TROY AREA
Visit the colorful GRAND BAZAAR before setting out on your discovery tour of a country with the population of Britain and more than three times its size. Drive along the European shore of the Sea of Marmara and head westward through sunflower and olive groves to the Dardanelles. Visit the WWI battlefields on the Gallipoli peninsula, where Allied troops, mainly Australians and New Zealanders, suffered heavy casualties in a disastrous campaign. Pay tribute to the heroes of those tragic months of 1915 at the ANZAC CEMETERY and the LONE PINE MEMORIAL. Travel by ferry across the Dardanelles to the Troy area for your first overnight in Asia on the Aegean coast.
Breakfast, Dinner
DAY 4 TROY AREA–PERGAMUM–KUSADASI
Enjoy a guided visit of TROY, the perfect place to brush up on Homer’s Trojan War—hollow wooden horse and all! Vistas of the Greek isle of Lesbos greet you as you follow the shores of the Bay of Edremit. Continue south to Pergamum, an ancient center of learning and the arts, and visit its MUSEUM. After lunch, visit the ASCLEPION, a shrine to the Greek god of medicine. Drive to Kusadasi for your overnight.
Breakfast 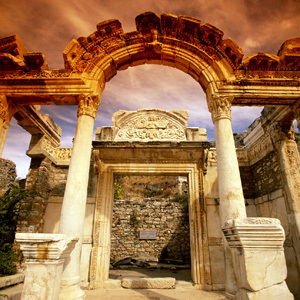 DAY 5 KUSADASI–EPHESUS–PAMUKKALE
Today, visit Ephesus, home of the Greek philosopher Heraclitus, and later, the capital of Roman Asia Minor. Visit the SITE OF ANCIENT RUINS and the ARCHAEOLOGICAL MUSEUM with its famous statue of Artemis, goddess of fertility and destiny. Then, travel along the Silk Road, and through the lush valley of the meandering Menderes River. Next, Pamukkale. The name means “Cotton Castle” and refers to the spectacular white lime cascades formed by its hot springs.
Breakfast, Dinner 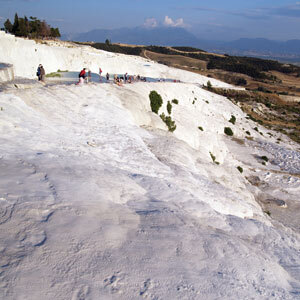 DAY 6 PAMUKKALE–HIERAPOLIS–BURSA
This morning, visit the fascinating archaeological site of HIERAPOLIS, the thermal resort founded by a Pergamene king in 190 BC and greatly enlarged and embellished by the Romans. Then, enjoy the ever-changing cultivated landscapes and timeless scenes of rural life on your way to Bursa. Spot farmers working their fields or transporting produce in traditional horse-drawn carts. Bursa lies in the shade of the Uludag–also called Mount Olympus of Mysia—a 7,700-foot-high ski mountain surrounded by lovely orchards. Founded by the Greeks, like most ancient cities in this part of the world, and hotly contested during the Crusades, Bursa had its heyday as the first capital of the Ottoman Empire. In the afternoon, visit the GREAT MOSQUE (Ulu Camii). Also on the agenda, of course, are the ancient Covered Bazaar and the Silk Market.
Breakfast
DAY 7 BURSA–IZNIK–ISTANBUL
Visit Iznik, site of the first Ecumenical Council. See its ancient city walls before visiting ST. SOPHIA CHURCH and the ARCHAEOLOGICAL MUSEUM. Later, return to Istanbul in style. Tonight, Globus Local Favorite a farewell dinner with wine at a local restaurant celebrates the success of your Turkish Escape.
Breakfast, Dinner
DAY 8 ISTANBUL
Your vacation ends with breakfast this morning.
Breakfast
Terms, conditions and restrictions apply; pricing, availability, and other details subject to change and/ or apply to US or Canadian residents. Please confirm details and booking information with your travel advisor.